Not one, but TWO Park2Park records broken

The Park2Park Main Event saw not one, but TWO records broken.

Ipswich’s own, Jude Thomas and Toowoomba’s, Brielle Erbacher not only won their races at Park2Park but broke two records for their courses. 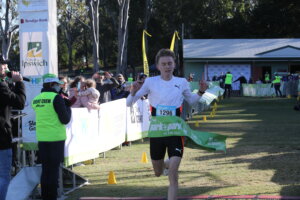 “I’m no stranger to Ipswich, so I knew the course going in.

“I knew it was going to be a tough, challenging one.

“I’ve done the Park2Park 5km race a few times over the years, but this was the first time running the 10km. 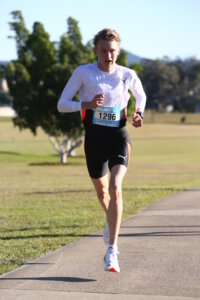 “I’d have to say, Park2Park is one of the toughest road races out there. “The 5km has to be one of the hardest I’ve run, then you double it with the 10km.

“It felt great to finish after that one, it was tough out there with the weather conditions.

“I was so happy crossing the finish line for the win after it.

“Next year, I’ll be back to run the Half Marathon for sure! 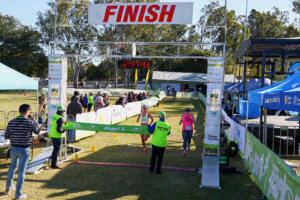 “I think I’ve been running for forever and a day now. I’ve been a runner all my life but only seriously for the last few years.

“My mum is my coach and she’s so proud of me. Mum and Dad came down with me from Toowoomba to watch me run Park2Park.

“It’s a hilly little sucker. As soon as you get to the top of the hill, they send you back down to do it all over again.  It felt good to cross the finish line.

“Park2Park is a hard one to judge a personal best on the day. 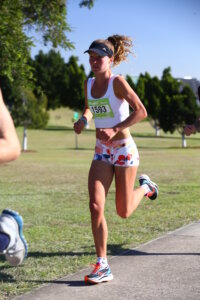 “I was just out for a good hard training session, I didn’t think I’d be breaking a record.

“For anyone looking at getting started, I’d recommend setting little goals and keep working on them.

“Running track is my strength. I’m just waiting for track season to come back.

“I’ll be back for Park2Park next year, I think I’ll stick with the 5km again, I’m not sure I can do that course twice.

“When I’m not running, I’m a tradie in the family business.

“The Sunny Coast Marathon is next for me until track season comes back. 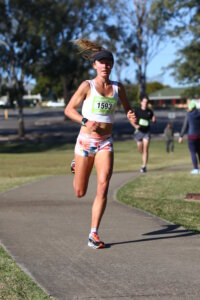